Psst: This Catalina icon has plenty of Hollywood secrets to share : Catalina Express

Psst: This Catalina icon has plenty of Hollywood secrets to share 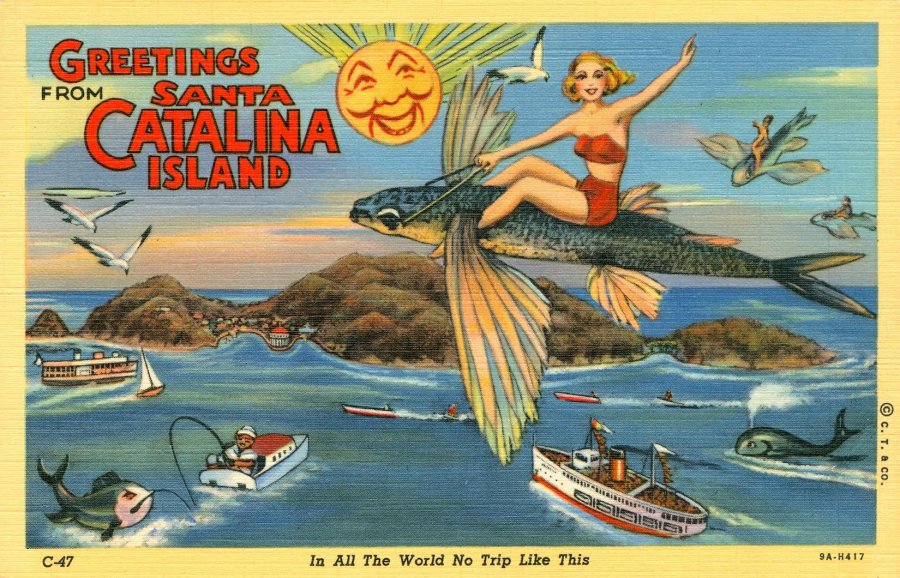 You guessed it. Catalina.

Except for Swift and Perry, who visited the Island recently, all of these celebs — and many more — were an important part of the Island’s history. They lived, played, worked, loved and, in Natalie Wood’s case, died here. (More about that later).

You can learn about them at the Catalina Island Museum, which is a treasure chest of scandalous secrets and fascinating lore about the Island’s relationship with Hollywood.

The museum, on the ground floor of the island’s landmark Casino, is currently undergoing a multi-million-dollar upgrade. When it is completed, hopefully, later in 2016, it will have four times more space and be in its own building at 217 Metropole Ave. The new Ada Blanche Wrigley Schreiner Building will have galleries dedicated to the history of Catalina Island and special traveling exhibitions, plus offer opportunities to attend lectures, film screenings and live music.

But you don’t need to wait until the expansion is completed to visit; for $5, you can spend a couple of provocative hours learning about people like hottie Marilyn Monroe, said to be a one-time paramour of President John F. Kennedy. Formerly called Norma Jean Baker, she moved to the Island when she was 15, the new bride of a merchant mariner stationed in Avalon.

Round the corner into another part of the museum, and you’ll see the smiling face of Ronald “Dutch” Reagan in a 1930 photo that shows him in front of a radio mike. He’s broadcasting news about the Chicago Cubs baseball team, which did spring training on Catalina for decades. You’ll find that our 40th president (1981-'89) was a sports broadcaster before he took the Hollywood screen test that turned him into a star and eventually paved the way for him to enter politics.

You’ll also learn about the prophetic words of actress Natalie Wood, who drowned at Two Harbors one chilly night in 1981. “I’m frightened of the water,” she said. “I can swim a little, but I’m afraid of water that is dark.”

There are many more tales, about film stars Clark Gable, Charlie Chaplin, Bing Crosby and John Wayne, among others. And details about the more the more than 500 films made on the Island.

Of course, the museum’s 100,000 artifacts tell historical tales too. You’ll learn about the Native Americans who once lived here, about the Island’s discovery by Europeans when explorer Juan Rodriguez Cabrillo sailed by in 1542 and Catalina's eventual development as an island resort, “a playground for all, rich or poor,” as entrepreneur William Wrigley, Jr. put it.

Besides historical galleries, the museum schedules several events during the year, with a 2016 fundraiser planned on May 21. The Silent Film Benefit will feature two comedy classics, "One Week," with Buster Keaton and "The Kid Brother" with Harold Lloyd. It starts at 1pm.

Visit the museum daily from 10am-5pm. Tickets are $5 for adults; kids 15 and younger are free.