Scream past Catalina's beaches, then head for the open water on Dolphin Quest : Catalina Express

Scream past Catalina's beaches, then head for the open water on Dolphin Quest 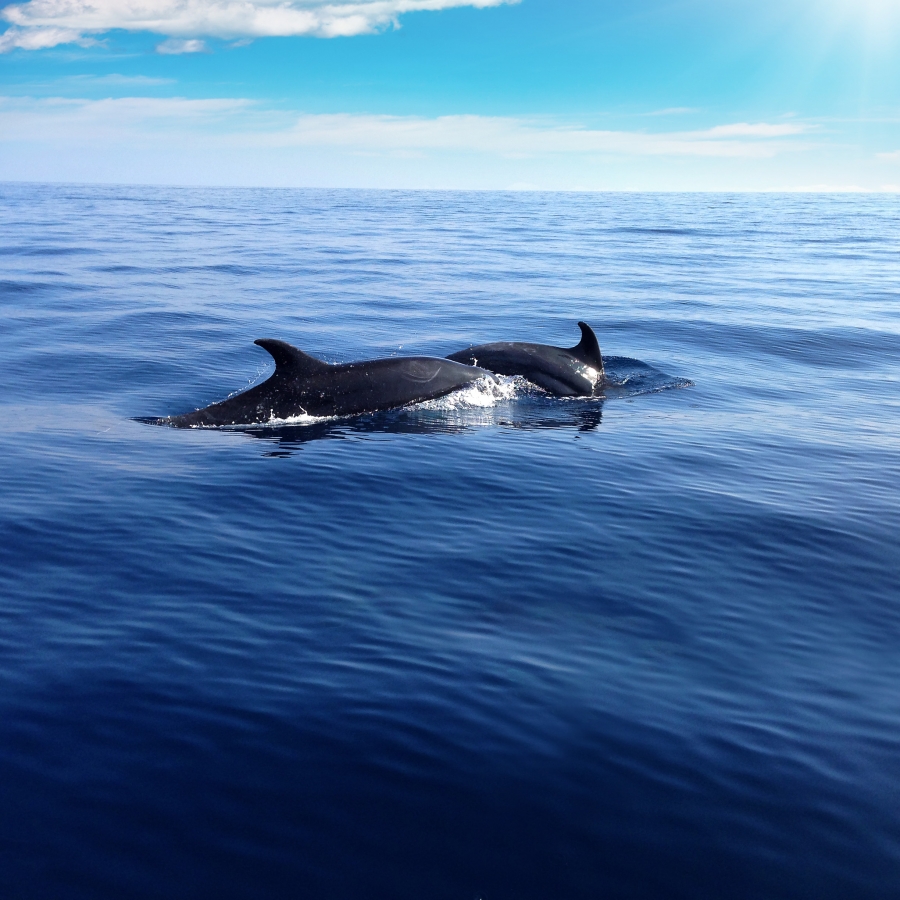 We left the dock in Avalon mid-day, expecting adventure and high-seas thrills. We weren't disappointed.

Dolphin Quest, an open-top inflatable boat, offers an electrifying way to tour the coastline off Catalina. Racing at speeds up to 40 mph, the boat cruises the waters east of the island looking for sea life, especially dolphins.

Although the day is hot, we're cool skimming across the waves. The wind feels fresh and clean against my face, and there's a hint of seaweed and salt in the air.

The boat, which seats 12, is only three feet above the water and it feels like we're part of the sea instead of riding high above it. The vessel's fiberglass bottom and sturdy Neoprene sides cut through the swells cleanly and solidly. Instead of bouncing from wave to wave, we barrel through them.

We head north along the coast, seeing rocky cliffs and sandy coves. Occasionally we spot a boat riding at anchor in one of the coves, probably a blue-water cruiser enjoying a weekend away from the craziness of the city. A few small settlements flash by, too. Most are summer camps.

Our captain, Raymond Ponce, turns the boat east and we head toward the mainland. Everyone is watching the waves, hoping to see dolphins. Whether we see them or not, the trip has been fun. But we'll all be happier if one appears on the scene.

Ponce says dolphins show up about 50% of the time, "but some days they're just not out there." If the boat doesn't cross paths with dolphins, there are other sea creatures to see: sea lions, gray, blue or fin whales, sea turtles and sharks.

And then it happens: A pod of four dolphins appears, almost close enough to our boat to reach out and touch. They bound through the sea, jumping through our wake and making merry around the boat. We make merry, too, laughing and pointing and shooting pictures.