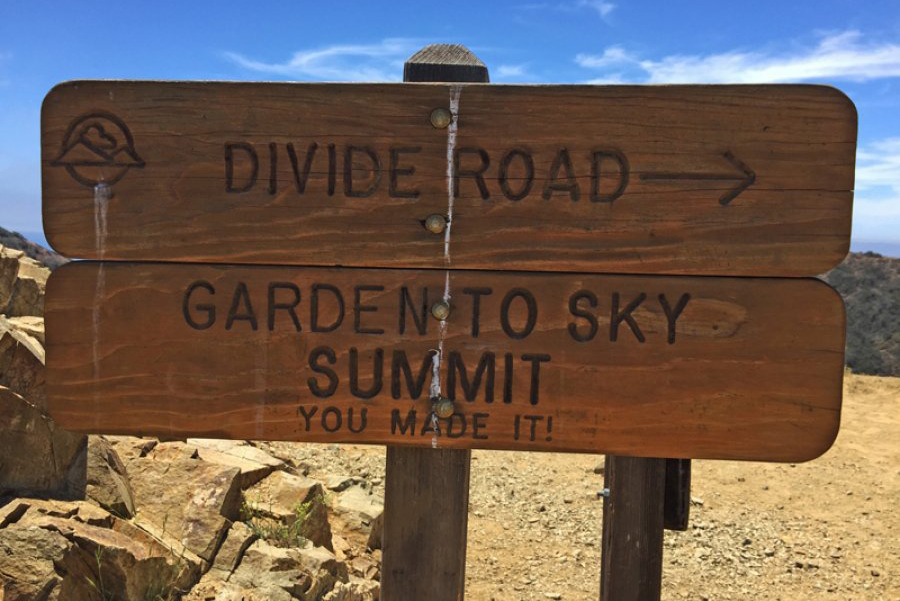 We were walking up a steep dirt road that wound around the rugged hills behind Avalon. It was mid-morning and a misty fog bank separated Catalina from the mainland, masking our view of the sea. But as we climbed, the hazy clouds lifted and the sun broke through, warming the air and glittering on the water below.

Our vantage point was the Garden-to-Sky trail, one of the Island's most popular short treks. It's 6.5 miles round-trip from the ferry landing in Avalon to the summit and takes about 2-4 hours. It's a good choice for day-trippers who want to see more than the shops and restaurants of downtown Avalon.

The payoff? A dazzling view of both sides of the Island. On one side hikers see the mainland, and on the other, the open Pacific Ocean -- complete with views of other Channel Islands when visibility is good.

It's a nice reminder that Santa Catalina isn't the only island off the coast of California. In fact, there is a chain of eight in the Channel Islands group. Santa Catalina is the only one with a permanent population.

The Garden to Sky hike officially begins at the base of the Wrigley Memorial, named for William Wrigley Jr. (1861 to 1932), who founded the Wrigley chewing gum company and was instrumental in the development of Avalon and the rest of the Island.

To reach the trailhead from downtown Avalon, take Avalon Canyon Road. It's about an hour stroll, mostly uphill, from the ferry dock, or take a quick ride by golf cart, taxi, or trolley to the Wrigley Memorial & Botanic Garden. You'll pay a $7 entry fee for adults, $5 for seniors and vets, and $3 for kids and students. Under 5 is free.

There's an alternative hike to the top, called the Garden-to-Sky Loop Trail, that you can take to avoid paying the entrance fee, but it's significantly farther and steeper and may leave you without time to hit a happy hour or two before you board the ferry home. But if you're game, or are spending the night and have more time on the Island, you can access this trail at Hermit Gulch Campground, also on Avalon Canyon Road.

Be sure to get a hiking permit, which is available free online or at the entrance to the Botanic Garden.

Avalon's yacht harbor and cobblestone, terraced streets are beautiful, but you'll find views that are every bit as wonderful on the Garden-to-Sky Hike, and get a good workout while you're at it.